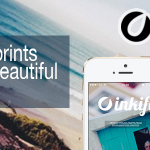 The story Inkifi approached us with the task of updating their existing app for iOS and Android. The original apps were created using a combination of native iOS and Titanium for the Android version. The original specification was to bring the iOS version over to Titanium and run them both from the same system. The […]

See what we can do for you business today

Our main focus is dedicating our time to creating the perfect work for our clients, the last thing we want to do is hours of accounting.

FreeAgent handles all the fundamentals of our business, from accounts to estimates. In fact, pretty much everything that we rely on to ensure our projects run as smooth as possible for you.

For such a small cost a month we could not live without it, plus you can get 10% off for life by using the link below (and a 30 day free trial to test it).